Tableau is a data visualization and analytics platform used as a tool by the Business Intelligence Industry. Its central vision is to transform the use of data to solve problems.

Tableau data analytics and visualizations create easily understandable formats like dashboards and worksheets. This allows a non-technical user to understand, operate, build and publish tailored dashboards. Some of its highlighted features include real-time analysis, data blending, and collaboration of data.

The platform can serve a wide variety of requirements with simplicity. Therefore, integrating this tool can extend to various industries, businesses, and researches. When integrated by an organization, it collects useful insights for data-driven decision making. Hence, it is one of the fastest-growing BI tools in terms of use.

Let’s see some of the big names that have availed used of Tableau:

Earlier, Lenovo relied on a single sales report in Excel, which catered to 28 different countries. If any modification of data arose by any region of any region, it would generate an extensively tedious line up of the analytics team’s tasks.

Another obstacle was that the Human Resources Departments would produce 100+ reports internationally about sales compensation, talent acquisition, headcount management, and attrition. Which gave rise to longer reporting cycles, further making it problematic for HR leaders to make data-driven decisions.

“It used to take us maybe six to seven hours to create one single weekly report. So, seven multiplied by 30 reports,” says Santhosh. “With Tableau, we gained efficiencies by 95%. People are spending a lot more time doing their real job rather than just churning out reports.”

Tableau was another use in Lenovo India’s BI Analytics & Visualization team. An interactive and flexible, Tableau sales dashboard for departments was built. To use it for ad-hoc analysis, more tailored dashboard solutions, and reporting led to a 95% improvement in efficiency across 28 countries.

Currently, Lenovo has over 55,000 employees, from which over 10,000 access Tableau dashboards.

Walmart’s global customer analytics team, a division of the HR department, generates consumer analytics to project managers across countries. With Tableau as a tool, they have advanced from Excel sheets to brilliant visualizations. Additionally, they can respond to queries and promptly modify visualizations to solve that query.

Executives at Walmart have become well-tuned to Tableau. Which empowers them to present data as a story rather than a complex numerical sheet. Besides, since Tableau allows-for more artistic intervention, people tend to accept it better.

“With Tableau, we’re able to really tell a bit more of a story, as opposed to more static views, and longer-term views that really help leadership understand the strategy behind the initiative.”-ADRIAN GOH, MEASUREMENT TEAM, GLOBAL PEOPLE ANALYTICS.

In another instance, With the employment of Tableau, the company was able to map company culture. Now dashboards generate more efficiency. It takes more time to collect data than to visualize it.

Cisco employed Tableau to work with nearly 14,000 items. Applied to assess Product Demand Variability, emulate distribution centers with customers, and lastly analyze the location of goods and flow through the supply chain network.

The use of Tableau by Cisco has enabled management stability between intricate networks of suppliers to end customers. Additionally, serving to inventory management and reduces the overall order-to-ship cycle.

Tableau has been a game-changer that caters to resolving queries from different departments. Before Tableau, Cisco heavily relied on thousands of Excel reports produced by BI teams. These were partially incompetent to engineering teams or channel operation teams. Since many on-spot queries remained unsolved. But Tableau offered answers.

By visualizing data through Tableau, detecting patterns on graphs has benefited from comprehending better. Further, facilitating better decision making to course of action and creating a growth impact on business.

Earlier, a sales analytical team member maintained daily sales requests from more than 500 salespeople, repelling a line-up for about 6 months. Replying to this problem, the business analytics team streamlined data into Tableau Server. This creates a series of customer success dashboards.

Currently, the Tableau server portal helps 90% of LinkedIn’s sales force weekly. Tableau dashboards empower them. The salesforce can evaluate performance. Given that they can now identify increased product usage, proactively reach out to customers and create engagement. Hence, even anticipate an increased revenue-driven sales cycle.

“We decided to focus on how to scale the solution that we built and really provide the scalability and empower our sales team to get what they need in time; Which is why we built this analytics portal. It became a one-stop-shop for salespeople to get what they need in a very self-service way,” said Michael Li, Senior Director of Business Analytics.

For an extended period, Sandro Levati, IT Director of Ferrari and Maserati of North America, struggled to find a flexible, interactive, and cost-effective reporting tool for Business Intelligence solutions. Tableau came as the key to this problem.

Before Tableau repair orders, reports for service, retail sales analysis, and monthly expenditure reports were generated manually on Excel. Which promoted too time-consuming tasks and distribution of these reports via email. The whole operations process is more straightforward and more efficient, all thanks to Tableau.

Since Tableau Server enables the distribution of specific workbooks and online publishing. Ferrari’s teams can utilize analytical data in real-time and evaluate personalized views and dashboards from its Intranet.

“When we discovered Tableau, its simplicity, intuitiveness, and effectiveness were immediately evident and quite enticing. It not only met our needs and situational requirements, but it also fit our budget and allowed for an in-house implementation.”- SANDRO LEVATI, DIRECTOR OF IT.

Lufthansa required a centralized uniform reporting solution. Individual departments have their own unique reporting systems. This led to extensive reliance on the IT department to combine reports from these different departments. Apart from this, the manual tasks of data preparation were time-consuming. Departments were unable to fully invest time for data analysis and interpretation.

This led to the emphasis on standardized, self-service business intelligence solutions.

Additionally, Lufthansa witnessed an increase in efficiency by 30% as data reporting generating time is cut-short.

Initially, Lufthansa implemented Tableau as a tool in their sales department. But this progress, and soon spread across departments. At present, they have more than 500 people using Tableau for reporting and analyzing via Tableau dashboards. Freeing it from the dependency of the IT department. 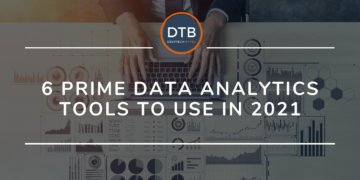 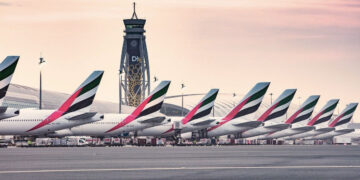