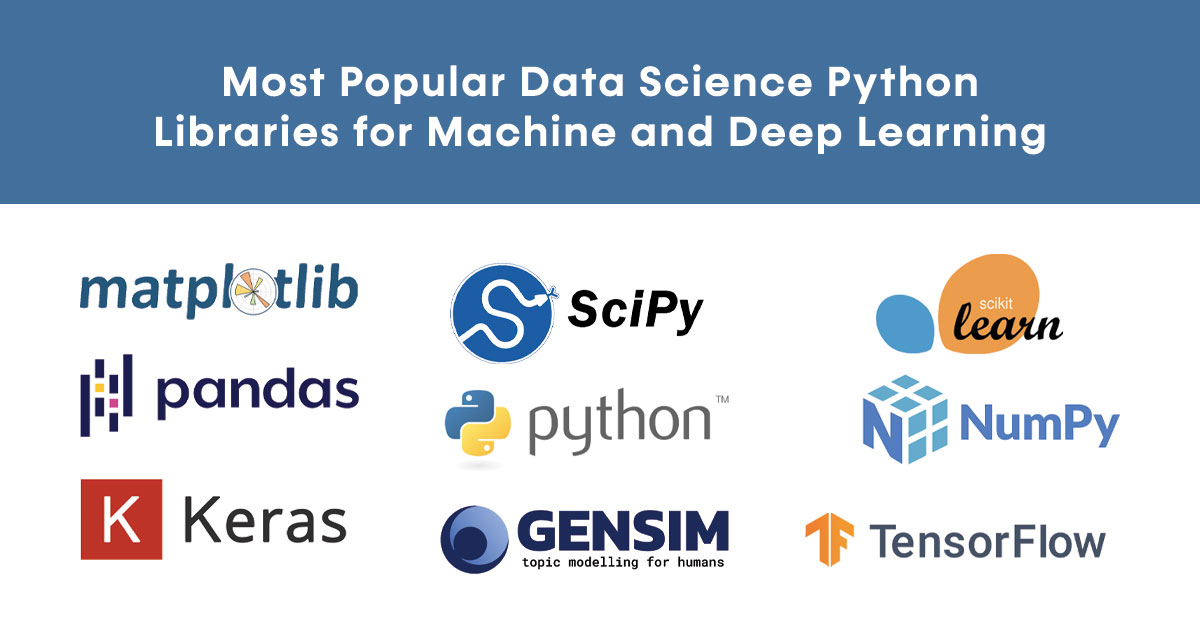 Data Science Python Libraries contain sets of convenient and useful functions that eliminate the need to code multiple times or from scratch. These libraries play a crucial role in efficiency while developing any model. While there is The Python Standard Library, it is inadequate to support

all modern functioning. Hence the need for supplementary libraries arises.

Here are some widely used Python Libraries along with their excellent pros and cons:

Pandas stand for “Python for Data Analysis.” As a Python Library,

it equips the user for machine learning and data analysis. With Pandas’ help, the user can model, analyze, and perform data manipulation operations on time series and numerical tables. Many of its features have been adopted from NumPy. Pandas is among the biggest and widely used Python packages and functions well with other data analytics tools in a Python ecosystem.

NumPy has an advanced and optimized package for data storage and manipulation. With NumPy libraries’ help, the user can operate high-level mathematical functions to multi-dimensional matrices and arrays. It resembles a similarity to Python’s built-in list or C array, perhaps because it was primarily in C. It is also an open-source software and has many contributors.

Keras is an open-source, deep learning API written in Python.

These libraries provide a Python interface for artificial neural networks. They have been praised for computation with both GPUs and CPUs. It is dedicated to being modular, extensible, and user friendly to enable research and analysis with deep neural networks. 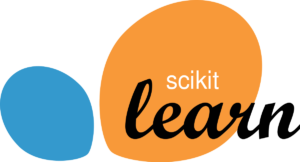 Scikit-learn is a free, open-source Python library for machine learning. Several of its featured regression, clustering, and classification algorithms, including random forests, gradient boosting, vector machines, DBSCAN, and k-means, have been created to practically implement Python’s scientific and numerical libraries. It acts as a simple and efficient tool for data mining and data analysis while supporting unsupervised ML and supervised ML. 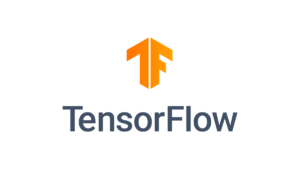 TensorFlow is a free end-to-end open-source library for machine learning, maintained by the tech giant Google. Initially developed by the Google Brain team within its AI organization, it currently proves to be suitable for designing systems based on deep learning, machine learning, and high-performance numerical computation across various other scientific domains.

SciPy or Scientific Python is an open-source Python library. It is used to solve mathematical and scientific problems. Additionally, aids utility functions for stats, optimization, interpolation, linear algebra, image and signal processing and FFT, in a user-friendly form.

SciPy is built on the NumPy extension. Hence it allows the user to visualize, operate and handle data with a comprehensive extent of high-level commands.

Matplotlib is a comprehensive plotting library for Python. It can create animated, interactive and animated visualizations in Python. Moreover, it serves as an object-oriented API for integrating plots into applications, which use general-purpose GUI toolkits like wxPython. It can be applied and utilized in IPython shell, web application servers, Python scripts and many GUI toolkits.

Gensim is an open-source library. It is employed for unsupervised topic modelling and natural language processing. It is built to manoeuvre extensive text collections while utilizing incremental online algorithms and data streaming. It can be integrated into Cython. Some other cases where Gensim is implemented are text summarization, finding text similarity and converting document files to vectors.

PyBrain is an acronym for Python-Based Reinforcement Learning, Artificial Intelligence and Neural Network Library. It is free to use open-source, licensed under a BSD software license.

PyBrain consists of algorithms for reinforcement learning, unsupervised learning and neural networks. Hence it acts as a modular Machine Learning Python Library. Its aim is to extend flexible and simple yet dynamic algorithms for ML tasks.

Indian Blockchain Startups You Need To Know About